Child Support debt?
You might miss that business meeting in London or family holiday in Fiji...

Recent media reports indicate that the Department of Human Services is increasing the number of travel bans issued:

“The government’s message to parents is simple, if you can afford an overseas holiday, then you can afford to support your children.
“That should be your first priority, not jetting off for a break in a foreign country.”

However, based on discussions we have seen on social media, there is a misconception that the millions of dollars of unpaid child support that has been recouped, all goes to the parent who was owed the money.  There is a perception amongst some that the parent has had a windfall gain.

That’s a myth we want to dispel.

So, someone who has waited years to be paid their child support, doesn’t get the interest on that, but has still had to pay the other parent’s share of caring for the children.

That’s something to think about….

Rolling around to 2022, with the Australian border reopening after being closed for 700 days, we predict that the government might use this opportunity to catch out those payers who have child support debts and stop them at the border to force them to pay their bill, or stay at home a bit longer.

Recently a child support-evading father was stopped and required to pay a $350,000 overdue child support bill as he tried to leave the country.

Owing $350,000 for the support of your children is frankly disgusting.  That kind of debt took years to accrue.  Child support is to pay for the everyday needs of children and for him not to meet that obligation is just plain wrong.

In this case the father repaid the entire bill on the spot.  The fact that he was able to do so, shows he could clearly afford it.  Not many people have $350,000 lying around in a bank account to be able to pull out to board a flight.

Is this a new crackdown by the Child Support Agency?

Stopping parents with arrears of child support as they try to fly out of the country is not new.

The policy of stopping people was first introduced in 2001.

However, a government crackdown has renewed the focus on those behind on their payments. The high profile and widely reported intercept is reportedly the biggest catch to date but overall just the tip of  the iceberg.

Last year media reports spoke of 1800 errant fathers banned from leaving the country until they paid up a total of $9.9 million owed to the mothers of their children.

A crackdown involving the Immigration Department and Child Support Agency targeted frequently travelling parents about to board a flight out of the country.

They’re not necessarily fleeing the country; they’re going overseas on a business trip or holiday and are stopped from flying until they sort out the debt.

In one reported case, a mining magnate based in the Mediterranean was stopped from boarding his first class flight out of Sydney and ordered to repay $22,000 — six months of child support payments — ­before he could leave. 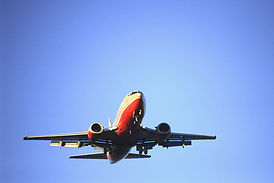 Should a child support debt have you stopped at the border?

In the past seven months, the Federal Government has recouped $6 million from 700 Australians who’ve defaulted on payments trying to leave the country using Departure Prohibition Orders — double the amount collected in 2010-11.

The joint operation ­between the Child Support Agency and the Department of Immigration is on track to surpass the $10 million recovered in the 2016-17 financial year from 1800 Australians facing flight bans.

But despite the government’s best efforts, overdue payments owed to ­ex-partners and their children is a staggering $1.5 billion.

When someone doesn't pay their child support, the Australian taxpayer cops the cost of pursuing the debt.

Parents who are owed child support arrears are frequently frustrated by difficulties collecting arrears, especially if the parent who is supposed to pay to support their children is self-employed.

People are frustrated at not being able to collect their debts and the inconsistency in the Child Support Agency.  Some people are hounded for relatively small amounts, others have five or six figure sums owing and seem to get nowhere.

Better collection and enforcement is required across the board.

But should parents pay child support if they aren't seeing their kids?

But rest assured – if you go to Court and have a child support debt, you won’t get much sympathy from a Judge.

At the end of the day, you can’t dodge payment forever.  The Child Support Agency pursues various means of payment. They can compel employers to pay, take tax refunds and I have even had them take property settlement cheques.  Where it is most difficult is with self-employed people which is where stopping them at the border becomes an effective method of collection. 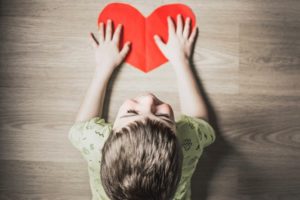 Head to our FAQ Page with questions to the most common child support questions we receive.

Not seeing your kids and want to change that?

If you aren’t seeing your children and need advice how to change that, contact us for a meeting with one of our Gold Coast or Brisbane family law team.

The information in this article is general information only.  It does not constitute legal advice or financial advice.