A sperm donor is currently involved in a High Court case between him and the donor sperm recipient.

At the core is a man who donated sperm to a lesbian woman so that she could have a child. He now argues that he is legally the child’s parent and opposes the child being moved overseas.

The traditional parenting model has gone out the window now. Arrangements for sperm donors to help same sex female couples to conceive a child are not as rare as some might think.

But genetics aside, complications can arise years later, like the case before the High Court.

The sperm donor provided donor sperm in 2006 on the understanding he would be involved in her upbringing.  However, the girl’s mother and her wife decided to move to New Zealand, triggering the sperm donor’s bid to keep them and the child in Australia.

The sperm donor claimed he had been involved in the child’s life and that of a second girl who he did not father.  However, both girls allegedly referred to him as “daddy”. He was listed as the Father on the older girl’s birth certificate.

The Family Court made orders preventing the children from moving to New Zealand.  The mothers were given equal parental responsibility, but had to consult the sperm donor about long-term decisions.

What can go wrong when a sperm donor is on the birth certificate?

This case has echoes of a similar matter I handled some years ago.

Jane* and Mary conceived a child, Harry with the assistance of a sperm donor, Mark who was known to them. Mark and his partner Alan had some involvement in the child’s life.

Mary and Jane’s relationship with Mark and Alan partner broke down.  Then, Jane and Mary separated.

Jane wanted to take Harry overseas for a holiday. Because Mark was on Harry’s birth certificate as his father, he needed to consent before Harry could get a passport.

The alternative was Jane needed permission from the Court. However, that was going to bring her into a dispute with Mary.

Basically, Jane was in a situation where there was a three-way tussle between herself, Mary and Mark.

This situation could have been avoided or at least a lot less complicated, if Mark had not been listed on the birth certificate. Jane wouldn’t have needed his consent to obtain to a child passport, nor his permission for Harry to travel overseas.

As Mary was a parent, her consent to overseas travel would be needed in some circumstances.

Questions about the rights of sperm donors

We recently received some questions about sperm donors rights, via our Facebook Page.

We used anonymous donor sperm to conceive our children.
Can the sperm donor try to contact the children or seek visitation with them?

Under the Queensland Status of Children Act sperm donors and egg donors who are not married or in a relationship with recipient, are not legally parents. They have no parental rights or obligations (so they can’t be made to pay child support).

Under the Family Law Act, sperm donors and egg donors are not parents.

However, if the sperm donor is involved in the child’s life, he can make an application to Court for Orders including to spend time with the children.

If an anonymous sperm donor was used, the conditions around release of information to the recipient of the donation will depend on the privacy policy of the fertility clinic used. This is where it is important to ask questions and read the fine print! 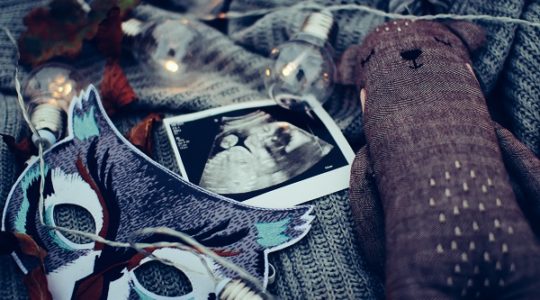 This current High Court case highlights the complexities around sperm and egg donation and laws vary between states.

If you are considering a fertility procedure involving donor sperm or eggs, it’s important to get specialist advice from a family lawyer.  This is even more important if you are considering using a known donor. You need to be aware of the implications of naming a donor on the birth certificate or having them involved in your child’s life.

In Queensland, contact a member of our Brisbane family law team.  Outside Queensland, consult a specialist in your state or territory as the laws are different around Australia.

*names have been changed