You may have heard of the 70/30 divorce settlement split in favour of the man from American film and television or celebrity gossip. But it is actually quite uncommon and when it does happen, it can often be avoided. Here is how we divide property in Australia and how much each person actually gets.

How are assets divided in Australia?

Assets and liabilities can be split in various ways, some by agreement or by decision of the Court.

First, you can make an informal agreement that is not legally binding. Sometimes these agreements can come from a mediation and the parties may decide to turn it into a legally binding document later. Be aware though that until you make your agreement legally binding, you cannot rely upon it later, even if it was in writing.  There may also be expensive stamp duty and tax consequences if you don’t have a legally binding agreement.

Consent Orders are broad and can be used to divide assets by applying to the Court. It must be found to be just and equitable (so this means you can’t just agree to whatever you like – this is to protect people from pressure and ensure agreements follow the law).

Lastly, you can enter court proceedings and divide property according to the Family Law Act in a property settlement. The court will engage in a four-step process:

You may turn to the Federal Circuit and Family Court to decide your property settlement as a last resort if you and your ex-partner cannot agree or the relationship is high conflict.  However, you must attempt dispute resolution unless an exemption applies. The goal is to stay out of court.

What is my spouse entitled to in a divorce in Australia?

Contributions to property settlement aren’t just about income and who makes more. The Court considers other financial contributions such as government payments, gifts and inheritance. They also consider non-financial contributions such as homemaker duties, care for children, and repairs and maintenance of marital home. You can be entitled to more in a divorce settlement than you think without being the main breadwinner. In the end, property settlements through the Court will determine what you are entitled to by what is just and equitable.

How common is a 70/30 divorce settlement?

The 70/30 divorce settlement in favour of the ex-husband is actually quite unlikely in situations where the Court is involved and there has been a long relationship. It would usually be found to be unjust and inequitable. However, a 70/30 split may happen where one partner brought in significant property at the beginning of the relationship.

While this kind of split is uncommon, it occurs in certain situations, especially where the ex-partners come to an agreement by themselves. A party may hastily agree to the unbalanced split where serious emotion or extreme circumstances are involved. Examples of situations of high stress include where a party wants a fast out, situations of domestic violence, or a very emotional partner is willing to do anything to stop the partner from leaving. You may feel overpowered in negotiations for various reasons like your ex-partner being aggressive or overbearing. In these situations, you are usually entitled to a lot more. And this is what Divorce Hub is here for.

If you are in a hurry, you might need to consider taking a chance to breathe and consider your options. You don’t want to make a decision you will regret in the heat of emotion and end up taking extra responsibility with much less money in the settlement. There is no rush to divorce during your separation, so use this time to obtain legal advice. Our services help you find the best way to handle your property settlement, consider if you are eligible for spousal maintenance as well as help you on your emotional journey. 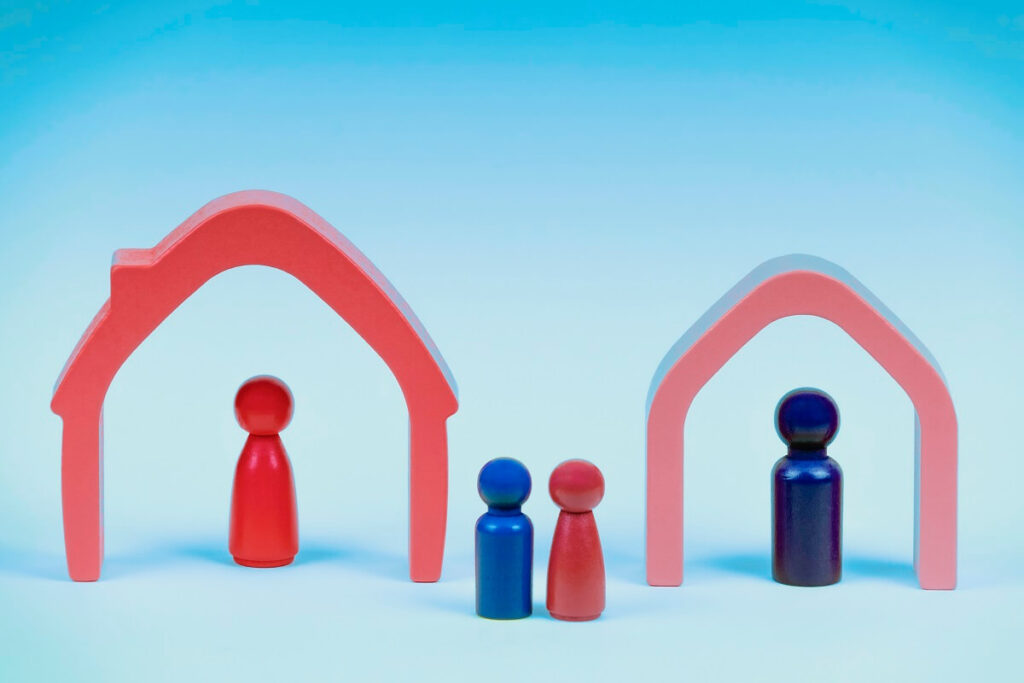 What is the average asset split in Australia?

For marriages between a man and a woman, on average, the woman actually tends to receive 57% of the property pool. The most common split is around 60/40 for settlements in favour of the ex-wife. While the wife tends to have lower financial contributions, they often get more. This is because the Court will make adjustments for the future needs of the parties. If the woman is the primary caregiver after divorce with a lower earning capacity, which she often is, she may receive more. If the man has a higher earning capacity, he would likely still be able to support post-divorce even if he gets less in the settlement.

How can we help?

Divorce can be rocky and filled with stress, but we are here to help. As it turns out, you may actually be entitled to a lot more in a property settlement than you think because of contributions you’ve made that can’t be measured in dollars, but are just as important.

Contact us for legal advice before agreeing to any division of assets.

Disclaimer: This general information is not a substitute for proper legal advice and each case is different. Please contact us for more information and advice.