Is your superannuation under control?

How many superannuation funds do you have?

We have all heard the advice from money gurus to consolidate our superannuation funds to reduce fees.  But full disclosure – until 2020 I had an old super fund that I had not rolled over because it was just too hard!  It involved contacting the fund to get a form to print, filling in and post.   My world is a predominantly paperless one, for good reason!

So, I just never got around to it.

(Fun fact:  You can now buy ‘a round tuit’ online.  Put that in your list of Secret Santa suggestions).

Enter 2020 aka the Year of the Lockdown and I had to login to my superannuation account.  And lo and behold, there was a really handy feature where within my own super fund, after putting in my Medicare or Drivers License number, it would interface with the ATO and check for other superannuation accounts.  Turns out, along with the money I knew was in my other account, I also had $489.52 in Lost Super (correctly termed Super Trace). A few years ago super funds were required to send small amounts to Super Trace, so unless you have been very diligent, you could have money you don’t know about.

After reading the disclaimer about the things I should consider before rolling my super over (you do need to consider if this is right for you) a couple of clicks later and my super fund organised the rollover.  No forms, no signatures.  It just appeared in my main super account.

So, take a moment to log in to your superannuation account.  (You should be doing this regularly anyway, to check that you aren’t an employee whose employer doesn’t actually pay their super into their account).  Check if there is an option to look for lost superannuation and then decide if consolidating is right for you.

If your super fund doesn’t have that option, you can also check via MyGov or use the ATO phone search line.

Before consolidating your funds, if you are in a relationship,  it is a very good idea to get a copy of your Member Statements from any funds you are closing, so you have the records (you will struggle to get them later).

If you are going through a family law property settlement, there are some extra steps your lawyer may consider sensible, which I will discuss below. 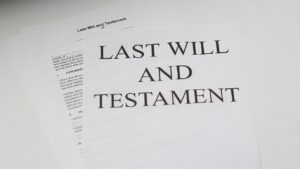 When did you last update your beneficiaries?

It’s important to check who you have nominated as your beneficiary for your superannuation death benefit. If you don’t nominate anyone at all, the Trustee will decide who receives your superannuation.  If you don’t have a current binding death nomination, your nominated beneficiary is only treated as ‘preferred’.  As binding death nominations expire after 3 years, it’s important to renew them.  I’ve just downloaded the form from my super fund to do that (which is what inspired this article!) and whilst I do have to print it and have it witnessed by two people, I can still email it in and frankly, this is too important not to do it.

Why is it important?  Won’t the Trustee just give it to the executor of my estate or follow my preference?  Ah, no.

For the first few years of my career, I worked in a general legal practice, so I did some estate work.  I recall very clearly one case where we acted for the executor.  The deceased was separated at the date of death, but not yet divorced, but their property settlement had been finalised.   The deceased had nominated a preferred beneficiary – his son – but it was not a binding nomination.  The son’s mother asked the trustee to pay the funds to her, instead of her son.

Despite the executor explaining to the trustee that the deceased would have turned in his grave at that happening and wanted the money to go to the executor as trustee for the son, the trustee was not bound and exercised their discretion and paid the money to the mother.  One of their arguments was that the mother was still legally the deceased’s wife at the date of death.  This is one of the many reasons I advise people not to delay getting a divorce – a property settlement is not enough to protect your estate.  On the subject of delay, there are also many risks of delaying your property settlement.

In the meantime, whether you are single, in a de facto relationship, married, separated or divorced,  take some time today when you are logged into your superannuation account and check:

– who is your nominated beneficiary?

– is it a binding nomination?

– if not, is there an option to make a binding nomination (some funds don’t allow it but you should still make whatever nomination is possible, so the trustee knows your wishes).

In terms of whom to nominate as your beneficiary, there are tax consequences of leaving your superannuation to someone who is not a dependant so this is something you need to carefully consider and speak with your estate lawyer about. 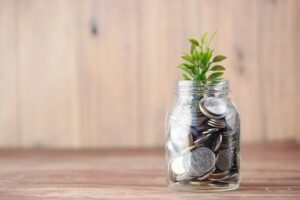 What superannuation investment type have you selected?

Superannuation is not one size fits all.  Funds may offer many investment options, such as ‘growth’ and ‘balanced’ and ‘conservative’. Others offer an ‘ethical’ option.   What might be an appropriate option at 30, is not necessarily the same when you are 50.

It’s important to consider what superannuation investment is right for your current stage of life.  If you don’t have a financial planner to discuss this with, our Divorce Support team can assist you.

What about superannuation and family law?

If there has been a gap between separation and your property settlement negotiations, and your superannuation has increased in value over that time, your family lawyer will want to know the value at the date of separation.

You can obtain this information via a family law valuation request from your superannuation fund.  It is important to do this before you rollover funds from this account to another. Once the rollover is done, the account is closed and the information is lost.

The next thing is to make sure you are set up with MyGov and have linked it to the ATO so you can check for missing superannuation.  You have an obligation to disclose all of your property (which includes superannuation) and given how easy this information now is to find, it won’t be an excuse that you didn’t know.

Superannuation can be divided between separated spouses in a property settlement.  This is called a super split. It is not converted to cash.  The recipient of a super split has the money rolled into their own superannuation fund and it is then subject to the same conditions of release as the rest of their superannuation.

Time to login and get started

So, now that you know some important things you need to look at, it’s time to login to your superannuation account and check through what I’ve discussed above.  While you are there, check that your contact details are up to date, and also about any insurances you may have in place (or may be entitled to).

If in doubt seek professional financial advice or family law advice from one of the Divorce Hub team.  You can reach us on 1300 SEPARATE or click “Get started online now” for a free family law information pack.