When I was driving home from work last night,  I noticed a poster for Gladiators: Heroes of the Colosseum, a touring exhibition at the Queensland Museum.  “Wow!” I thought.  “We can combine that with a visit to see Marvel: Creating the Cinematic Universe at QAGOMA”.  That’s a day’s entertainment sorted next weekend.    “If only the actual cast members of Thor would be there.  Just one would do……”

Then this morning, I finally got around to reading an article a friend had sent me to ‘lighten my day’.  This friend often sends me links to online posts where people have asked ridiculous legal questions with hilarious responses. I suspect he finds them funnier than me, but at times it is more entertaining than an episode of Judge Judy (who, incidentally, is more highly paid than Kim Karshasian-West But less than P Diddy….)

This article was an oldie, but has been verified by Snopes (those folks who you ought to check with before sharing posts about friend requests from Jayden K. Smith).  So, despite being a little sleep-deprived thanks to the office kitten waking me at “leave me alone I am not feeding you yet” o’clock,  I was prepared to accept it as most likely not fake news to which I have a particular aversion.

Well, when I started to read the article   and the letters, I first had a laugh, probably at the audacity of the response to the initial letter (and note the language is inappropriate).  But as I read on and began to reflect, I started to feel dismayed.

These two lawyers (back in 1974) were exchanging correspondence which was designed to provoke a response. They were behaving like silverbacks exerting their territory.  Lots of chest beating.  It’s not surprising that the author of the response was taken to task by his boss.  The letter he wrote did absolutely nothing to resolve the conflict that was brewing.  Instead of smothering the fire, he threw a can of petrol onto it.

But of course, that was 1974.  Lawyers don’t behave like that anymore, do they?

Well, sadly, some do.

Sadly, that is not always the case.

You see, some days, I don’t actually have to go to the Queensland Museum to see gladiators.  I only need to open my emails.    There are some family lawyers who are full of chest-beating, writing letters you know are designed to impress their clients by making digs at the other party and behaving like gladiators going into the arena.   Their letters do nothing to improve the relationship between the parties.  Parties who are often parents of young children.

We have a responsibility as family lawyers to protect our clients’ children and keep them out of the dispute. 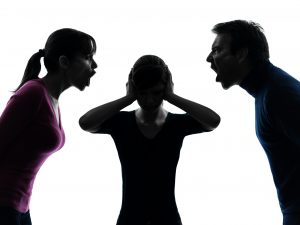 Constant threats of costs orders (when they are not remotely justified) delay tactics and sending lengthy letters just to increase costs, do nothing to assist a Mum and Dad who are trying to ensure their kids are not harmed by their divorce.

You can do just as good a job for your client, without being a gladiator.

I think sometimes people think they need a gladiator (or need to be a gladiator) because somehow that means their lawyer is ‘better’.

Well, after 20 years at the coalface, I can assure you that most family lawyers’ generosity and sympathy towards the other party is inversely proportional to the level of aggression and gladiatorial behaviour from their lawyer. 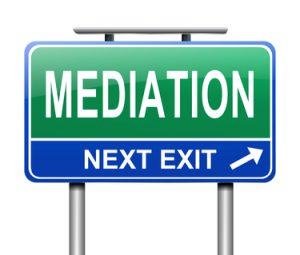 Since I undertook my first mediation training in 2005, I have gradually transformed the way I practice.  There is nothing like trying to conduct a mediation with two gladiator lawyers representing their clients, to show you how obstructive they are to the process of reaching agreement.  It is no wonder many mediators discourage family lawyers from attending mediation (and many Family Relationship Centres don’t allow them at all).

Many other former family law gladiators are also trained mediators and collaborative lawyers.  It is refreshing and reassuring to be able to offer my client a degree of safety, when one of those lawyers is acting for their former spouse – the other parent of their children.  To know that we will be working towards avoiding conflict, not point scoring.  Meeting mutual goals and preserving parenting relationships, not seeing how much blood can be drawn.

Ultimately people will choose their family lawyer for a range of reasons, often on the basis of a referral.

Before you engage a family lawyer, ask yourself:

Do you want someone who is proud to be a Gladiator?

Or someone who is proud to be a Negotiator, Mediator and Collaborator?

Which option will your kids ultimately thank you for choosing?

Conflict is not inevitable.